Our plans to only stay a couple of days in Jo’burg while we get a few things done have sort of gone out the window. Greg has been building another fibreglass box on the roof  to hold 2 more tyres with solar panels covering them. It’s taking a bit longer than anticipated, but we don’t really mind. We like it here at Airport En Route, and our hosts Marion and David don’t seem to mind us spending some extra time here. There have only been a couple of other overnight campers – one family at the start of their trip and another at the end of theirs – so most of the time we have the lovely campers’ kitchen and bathroom to ourselves.

The weather here is gorgeous at the moment, especially considering it’s winter here too – up to 25C during the day, down to -3 a couple of mornings, sunshine, clear skies. It’s much colder at home.  The countryside here looks like Adelaide in summer – very brown and dry. A combination of frequent morning frosts and not much rain. Apparently it’s not usually so warm at this time of the year and the locals are worried that they may be in for a hot summer. I’ve been feeling like one ear is blocked, as if I’m still on a plane and when I mentioned it to Greg, he reminded me that we’re at an altitude of 1750m here! Which also explains why I thought it was taking longer to cook and bake stuff. It’s the altitude.

We returned the rental car on Sunday and now if we need anything from the supermarket or hardware, Greg rides his bike. It’s about 4kms to the nearest large hardware store and there’s a good shopping centre nearby.

While Greg has been adding, subtracting and modifying stuff on Clancy, I’ve been cooking, refining my bread recipe and doing lots of reading. It’s all been very laid-back and low-key and I’m sure we’ll be happy to get on the road to Botswana, but for now, we’re happy doing what we’re doing. 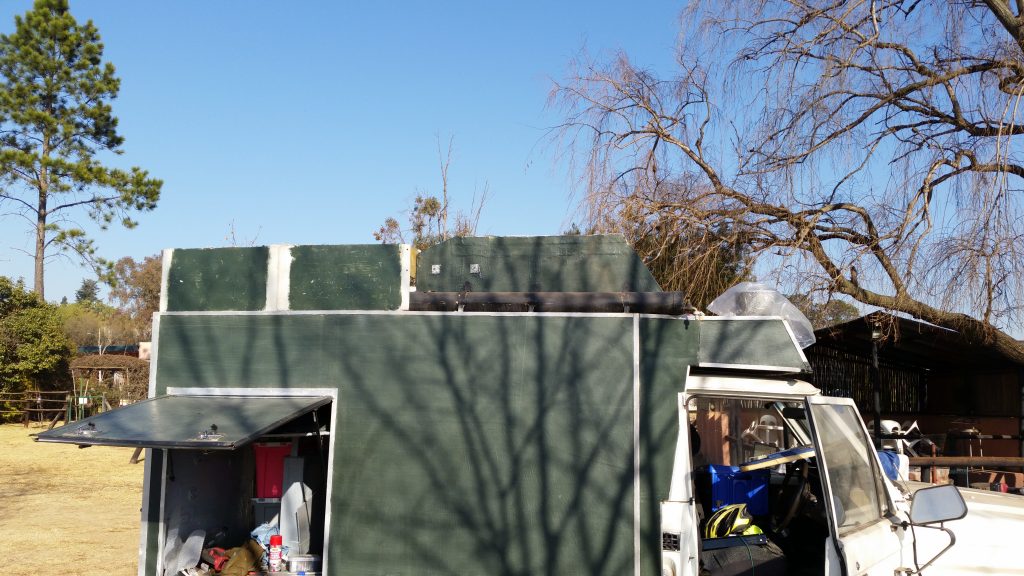 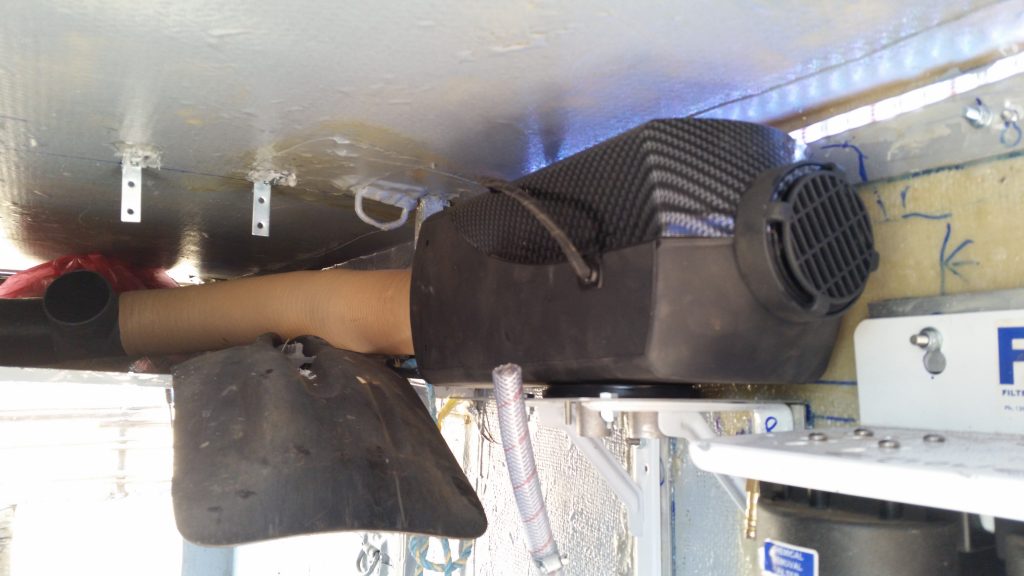 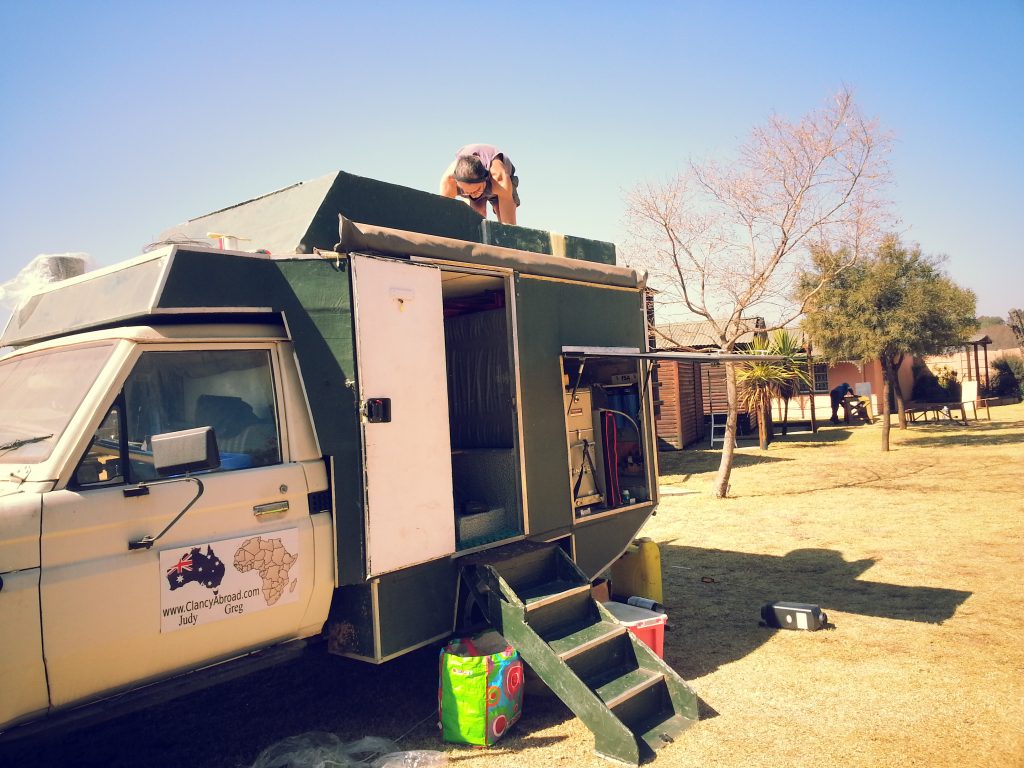 We follow a lot of Overlanders on social media. Recently I read the final post of a guy who had been travelling for several years and he included the last lines from the movie, The Martian, in which Mark Watney says:

At some point, everything’s gonna go south on you… everything’s going to go south and you’re going to say, this is it. This is how I end. Now you can either accept that, or you can get to work. That’s all it is. You just begin. You do the math. You solve one problem… and you solve the next one… and then the next. And if you solve enough problems, you get to come home.

Seems like very good advice for overlanders as well as astronauts.

We hit our first problem before we’d even landed in Jo’burg. On the flight from Singapore to Joburg, we realised that we’d forgotten to bring the keys to the camper part of Clancy. We’ve brought almost 90kgs of luggage and no keys. Excellent.  Actually, we’d forgotten to bring any keys at all, but we’d left a car key here with David and Marion at Airport En Route, the vehicle storage place/campground that has been Clancy’s home for the last 4 months. And from now on,the first and last items on our very long lists of stuff we need to bring will be KEYS!

It all worked out okay though. We were able to spend our first night here in an ensuite room at Marion and David’s, which meant we didn’t have to scurry 30m across frosty lawn to the toilets in the middle of the night. The next morning Greg got to work on the camper door lock and managed to lever it open, and we could then access the set of keys we’d left in the camper.

Greg re-installed the injectors he’d removed at the end of Season 1 to get refurbished, and that all went smoothly, got Clancy started without too much trouble and we’re now back to sleeping in the camper, but we’re using the nice camp kitchen here while we can.

It’s good to be back.