The ‘it’s so hard to work out how to book at Botswana’s wildlife reserves’ theme continues with our current venture into the Central Kalahari Game Reserve CKGR.

The Reserve has 3 kinds of campsites:
– privately run ones which charge loads of money but provide everything. We drove into one near the DWNP Kori campsites by mistake and it had a game drive vehicle and nice-looking semi-permanent tents including a bathroom tent. We met a couple of the staff who were going for a walk. One of them asked us if we had any cigarettes, but as we don’t smoke we weren’t able to assist.
– sites run by the Department of Wildlife & National Parks DWNP which provide a concrete braai area, drop toilet, bucket shower, although the actual bucket seems to be missing about 50% of the time
– Bigfoot Tours sites which cost 12 times the price of the DWNP – 350 pula per person vs 30 pula per person for DWNP sites.In the case of the Bigfoot one we had a look at at Letiahou, it had absolutely nothing apart from an ashy braai area. Bigfoot also doesn’t bother to answer emails.
Everyone pays the same park and vehicle entry fees – 120 pula per person, 50 pula per vehicle under 3.5 tonnes.
In order to get into the CKGR, you have to have some accommodation booked.
We visited the DWNP office in Ghanzi on Friday afternoon, to see if we could get a booking somewhere, anywhere in the park. The nearest DWNP campsite to the north-western gate Tsau, is San Pan, which is about 90kms from the gate. We asked if we could book a night there, and then several nights at Deception Valley, which is about 40kms from the north eastern gate Matswere. A very helpful young DWNP ranger was able to get us the night at San Pan, but all 6 Deception campsites were booked out. On paper, or in some central computerised booking system, but not really. More on that later. So then we asked if we could get 4 nights at San Pan. 6 phone calls later ( !?!?! ) – success! We got our 4 nights in the CKGR, and figured we’d work out the details of where we would actually stay later. Apparently it is possible to pay by cash or credit card at the office, but the finance person wasn’t there, so we had to pay cash at Tsau Gate the next morning.
We wild camped just off the track to Tsau Gate, about 9kms west of it, so we could enter the reserve early. We weren’t sure how long it would take us to drive to San Pan.
I still wasn’t quite convinced that we’d get into the reserve without any hassles. The DWNP is a bit notorious for double-booking sites, or having no confirmation of bookings and various other obstacles, and all we had was the code of the camp written on a piece of paper. It did all go smoothly though. We found our booking details written on a piece of paper on the staff noticeboard in the tented office just near the main office building which is ‘under renovation’, we had the correct money to pay (entry gates to reserves here are notorious for not having any change), we got an official hand-written receipt stamped with the official DWNP stamp and we were good to go. Total cost for 4 nights camping for 2 people, 5 days of entry into the reserve for 2 people and vehicle entry for 5 days was 1690 pula, around AUD$240.
We spent 2 nights at San Pan, a large single campsite that has a fireplace, drop toilet AND a bucket. We used our own shower set-up in the shower space as it had a good concrete floor. On the day we were at San, we had 2 lots of visitors – a French couple who were running low on diesel and came to ask if we had any spare that they could buy. We had about 1/2 a tank and 3 full jerrycans, so Greg tipped a jerrycan into theirs, and they drove off to one of the Bigfoot campsites near Passarge Pan.
Then later in the afternoon, a Scottish/German couple drove up, having booked the campsite a day or so earlier … see what I mean about double-booking?! We were happy to share with them, but they decided to go a bit further south to Phokoje campsite as they were leaving via the south gate.

Yesterday(Monday) morning, after 2 nights and a full day at San, we headed east, intending to stay at one of the 6 Deception camps or one of the 4 Kori camps nearby. When we visited the Kori camps in the middle of the afternoon, 2 were empty, one had one vehicle and one had about 6 permanent-looking tents and no people or vehicles. Later in the day we checked out the Deception camps. 3 were occupied, 3 were not, so we took Campsite 1, which looked like it had been vacant for a while.
It seems that people or tour operators book the campsites as soon as the season opens, and then because they have no ‘skin in the game’, ie haven’t paid any money, they don’t bother cancelling the bookings if their plans change. The sites appear to be booked in DWNP’s database, but many go empty and other people miss out. Meanwhile, DWNP is missing out on a lot of entry and camping fees because the sites are not actually occupied.

We’ve seen a lot more wildife that we expected to. Conditions in Bots are pretty dry this year and we didn’t see much in and around the Trans-Frontier Park, but have since heard that there’s a lion whose territory includes the Mabua Entry Gate campground.

There are several permanent, artificially fed waterholes in the northern CKGR area and they keep herds of gemsbok and springbok from straying too far. Which also helps keep lions & other predators and black-backed jackals & other scavengers close. We haven’t seen a lion or any other predators, but the French couple told us they had seen one at Letiahau the night before we met them. The second couple saw some bat-eared foxes at Kori campsites. We saw a lone giraffe just a few kms from San Pan and when we were near Tsau Gate outside the Reserve we saw elephant dung but no elephants. We haven’t seen any evidence of any within the Reserve. Last night a honey badger tipped our washing up trough over, to get to the water in it, and Greg saw a rabbit during the night.
We seem to be turning into bird-watchers. My favourite bird is the crimson-breasted shrike, which has a bright red front, black back and a long white stripe down each wing. I first saw one when we camped at the quarry south of Mabuasehube Gate, have seen them occasionally since then and we were visited by 2 this morning. We have also seen a couple of yellow-billed hornbills today and many other smaller birds that we don’t know the names of. A bird book is on the next list of what we need to acquire or bring for our next trip. I’ll try and find one locally.

We’re reading a great book, Cry of the Kalahari, which was written by ecologists Mark and Delia Owens, about the 7 years they spent studying lions, brown hyenas and other wildife in Deception Valley in the CKGR, from the mid-1970s to the early 1980s. They lived in a tent the whole time they were here, but back then, there were no DWNP or Bigfoot campsites, and very few, if any, roads or tracks. They drove an ancient Land Rover, then a slightly younger Land Cruiser, used a compass to mark locations and get directions because GPS hadn’t been invented, dealt with bushfires, at least one major flood and one very long, very devastating drought, re-supplied at Maun when it was just a village and learnt a lot about the wildlife they studied. They went on to write 2 more books about their lives in Africa, and last year Delia wrote and published her first novel ‘Where the Crawdads Sing’. My bff Sally sent me a copy of ‘Crawdads’, which is a really great read, and when I finished it, I found out about Delia’s other, earlier books and her amazing life in Southern Africa. 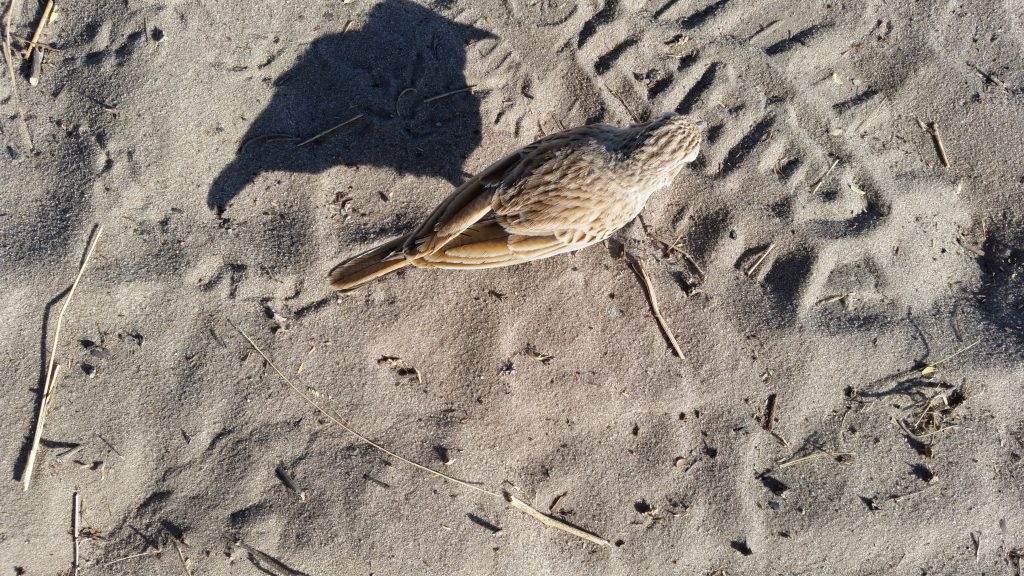 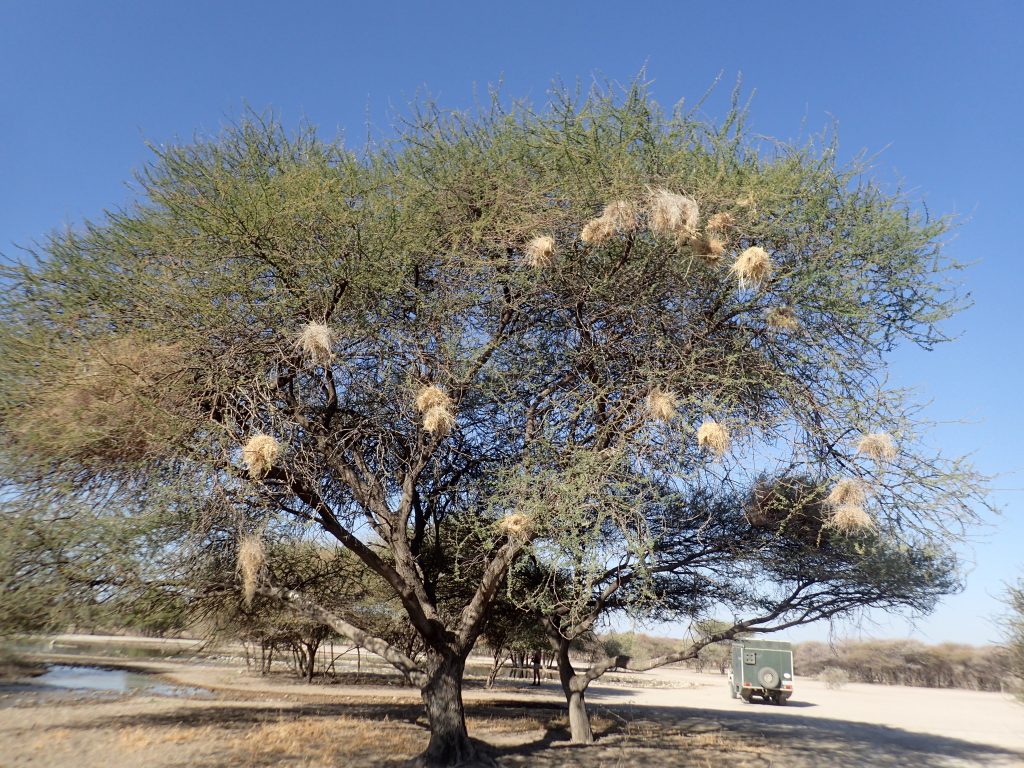 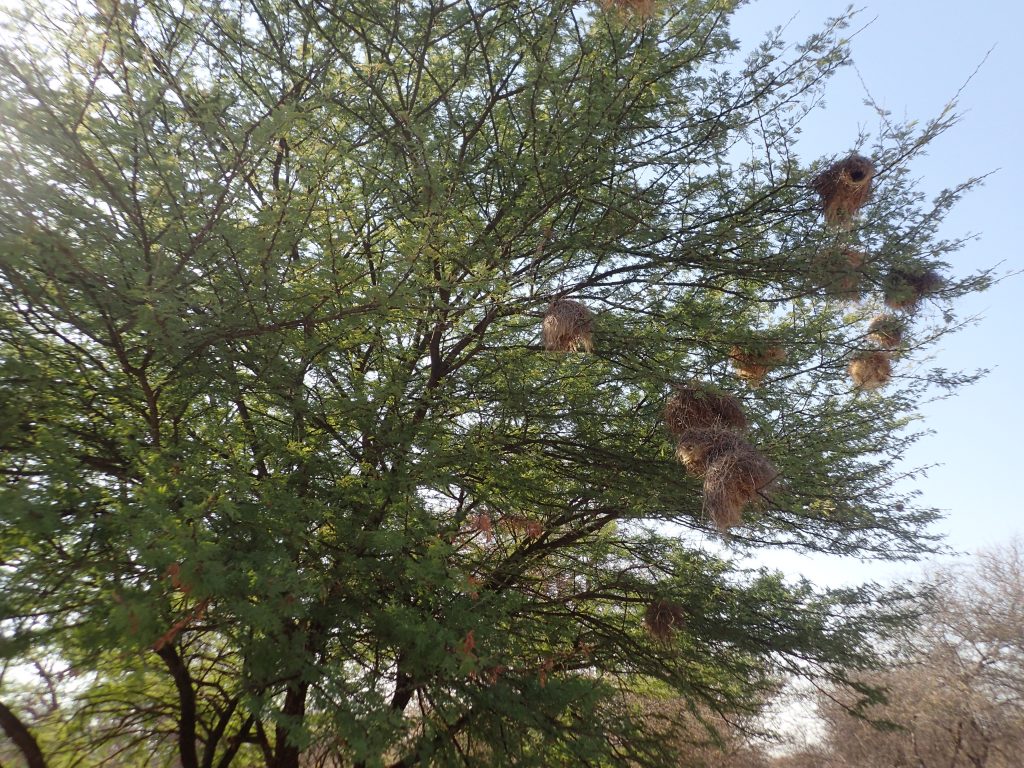 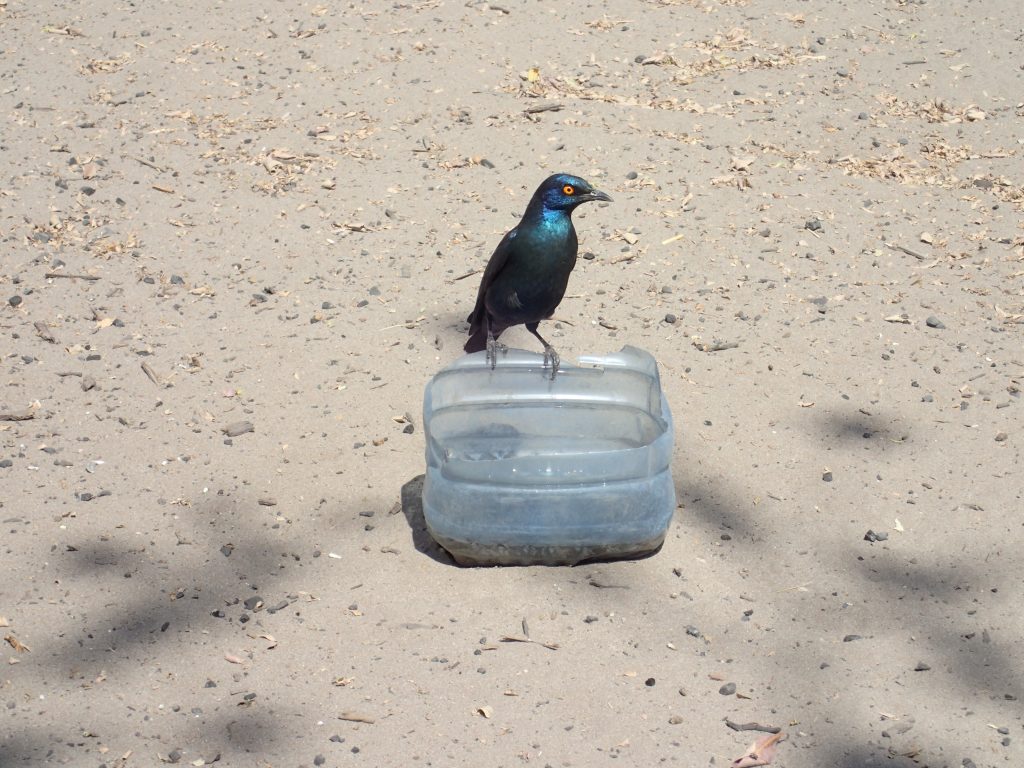 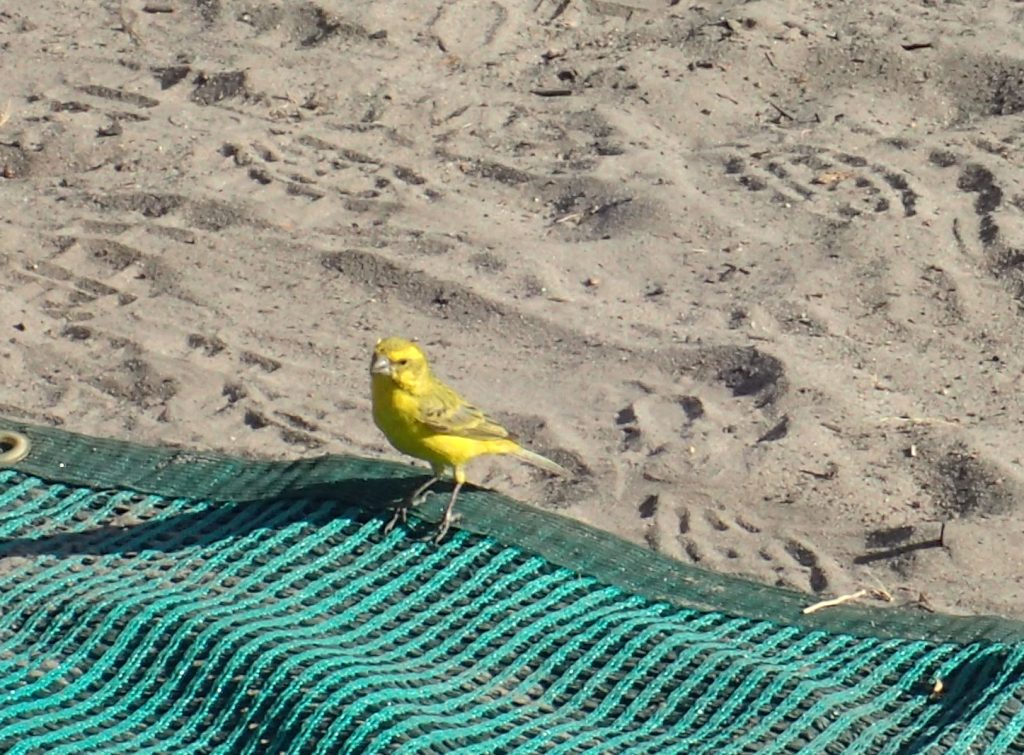 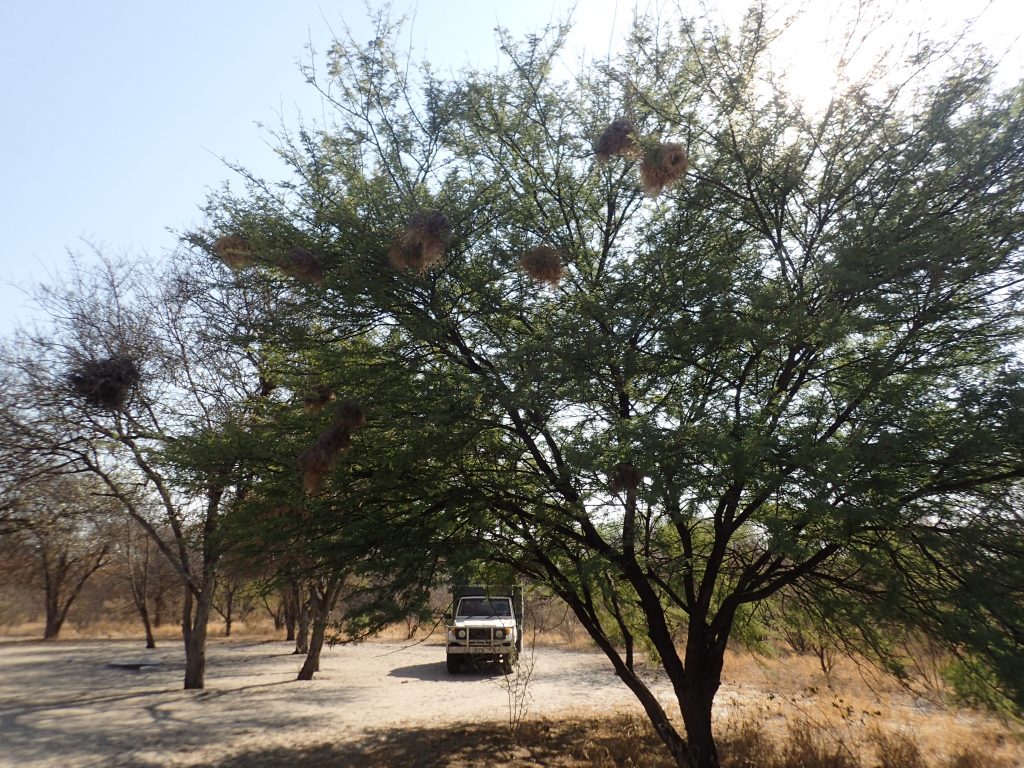