We stopped at Mmatshumo village on the way into Kubu Island to get our permit and pay our camping fees, totalling 480pula (about A$70). Its then a 50km drive along a variable road to Kubu Island. We camped at campsite No. 1 (since we were early). We retired during the heat of the afternoon (remember its winter in Botswana – 32C). Then around sunset we climbed up Kubu Island to watch the sunset from the top. You could see the shadow of the island stretching eastward over the pan.

Kubu Island is regarded as a monument, and sacred to the local people. There is archaeological evidence that people have been using the island for ceremonies for more than a thousand years.

It was a cool windy night, so we made use again of the diesel heater to heat the cabin. 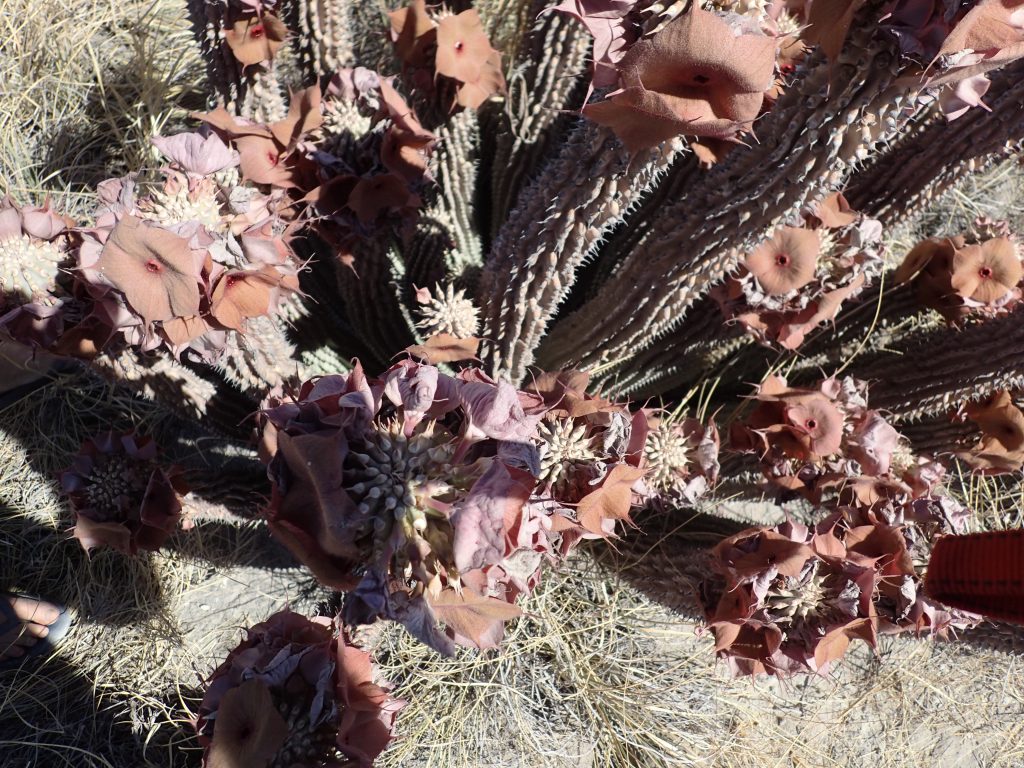