I got Clancy carefully out of the campsite I had at Mufasa Eco Lodge. It took a 10 point turn to get out. One of the camp workers names Sunday asked me if I come back next year can I bring a bicycle like mine with me for him. This bicycle that I bought from Big W in Australia for $A80, being the cheapest bike I could buy. I have had so many people want this bike, from Policemen at roadside stops, to lots of Malawi and Mozambique people.

I went and paid for my campsite and got talking to two South Africans Mike and Rick who where driving their 1956 (!) Land Rover to London.  While having a long chat, a couple of young female Irish backpackers came over and asked if anyone was going to Cape MacClear, and so I volunteered to take them. It was only a 20km drive to Cape MacClear. I had decided to stay at “Fat Monkey’s”, mostly because they had good reviews on iOverlander, and because they offered power. I had really struggled to get enough solar at Mufasa, the days were too cloudy. The two Irish girls decided that Fat Monkey’s was too expensive, so they headed down the beach for cheaper digs. I am camped under a tree, with  Lake Malawi about 4m away. 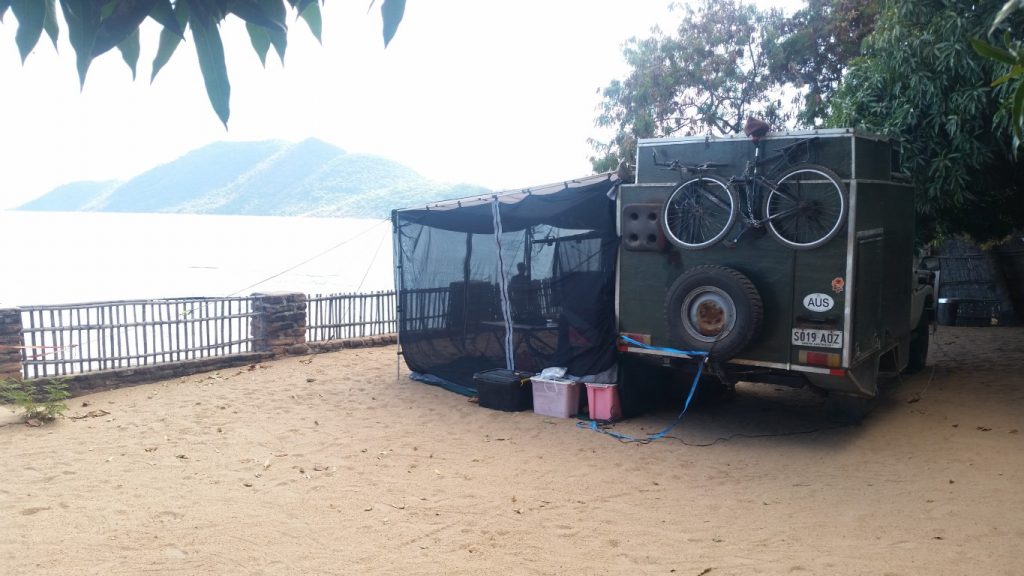 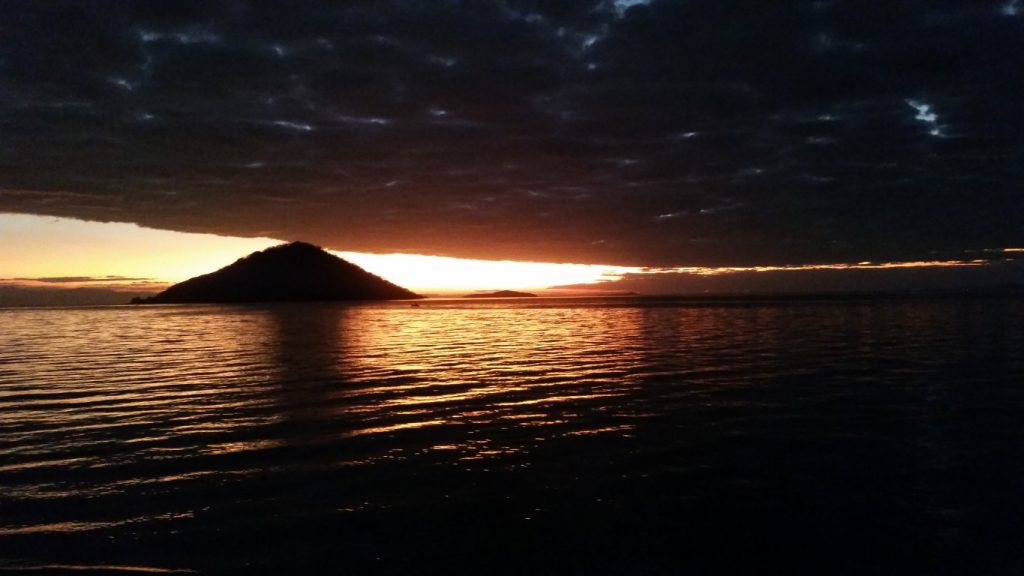