I left again around 8:30am. This time it was impossible to avoid the N1, it is essentially the only road.  I plodded along again, pulling over many times to let people pass. It was only 110km to Louis Trichardt, so I was there again before lunch. I went to PnP and Checkers to get even more supplies. I am loading up as I am not expecting much in Mozambique since I am taking the inland route.  I then went to the service station and filled up the tank and four jerry cans with 115l of diesel, which cost nearly $A300 at 26 Rand per litre. After that I crawled up the big hill to Zvakanaka Camping, where we had stayed before 3 years ago. I was lucky to get in, because there is a big bicycle race tomorrow, and every other campsite is booked. 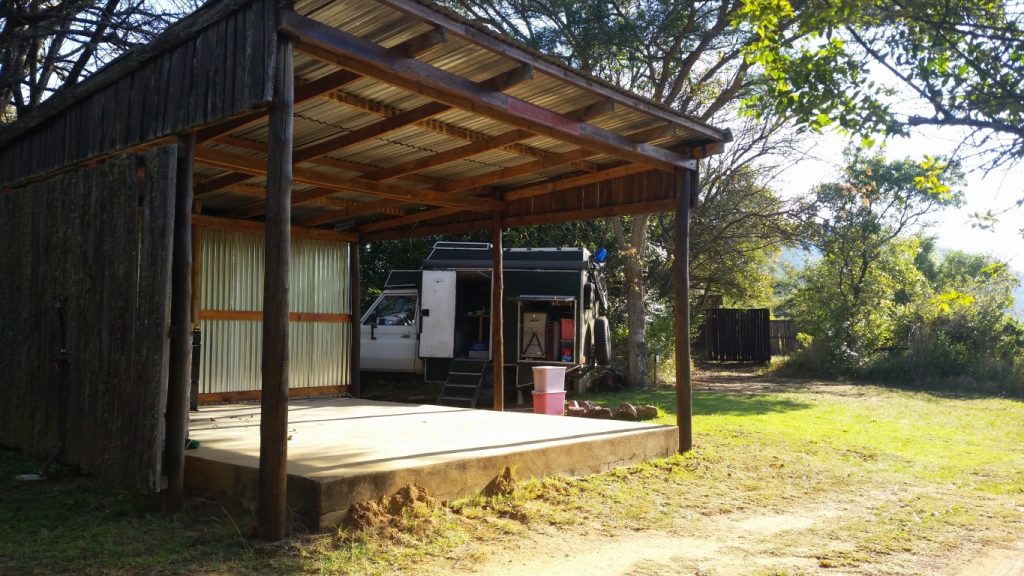